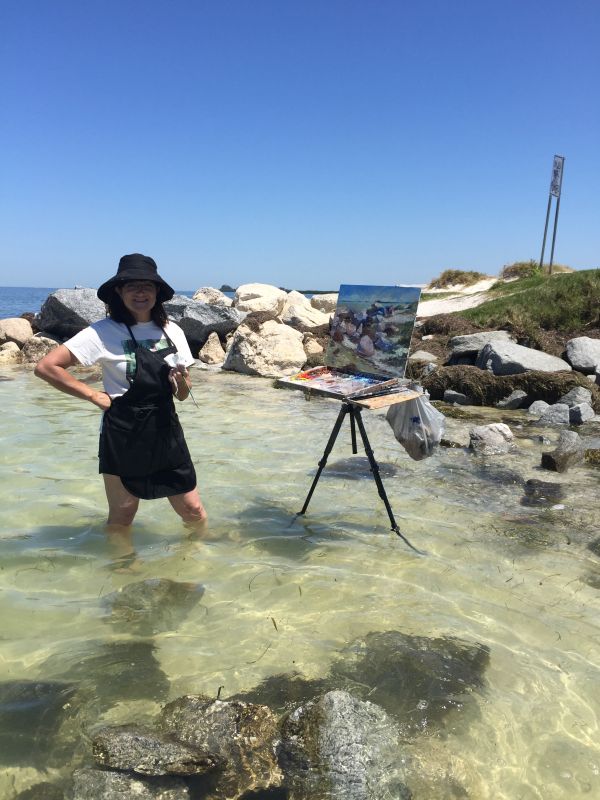 Though always creative, Shari didn't begin painting until later in life, after serving 8 years active duty in the Air Force, and after raising her family. Once her children moved out on their own, she decided it was time to take her art seriously. By investing in a few years of private instruction and by taking a drawing course, she was able to progress quickly. Those years of instruction were rigorous, learning about art history, drawing, and painting techniques.  One of the most important lessons was learning to paint from direct observation, a method that Shari employs to this day.  Influenced by the great Impressionists she works quickly to capture the essence and feeling of being in the moment. Her passion  comes through in her work. "I've been told that my paintings have an authentic feel to them; a real sense of place." She is particularly enamored with painting outdoors, en plein air, studying the effects of light as it changes across the landscape.  For times when she is not able to paint from life, she relies on her own photos, focusing on compositional elements, interesting shadow patterns, dramatic lighting, moody skies or people, fully engrossed in something. Lately Shari has been exploring the effects of sunlight on water and the shoreline along the area beaches. "I like the way the light bounces above and below the water or the way the water changes colors as the sun rises or sets. I spend as much time as I can painting on location where all of my senses become fully engaged. Even the smells and sounds play a role in the creation of a work done on location."  Shari also enjoys painting portraits or figures from live models. "There is something quite magical about a one-on-one 2 hour session with the model."

Many of her paintings hang in private collections in California, Texas, Florida, New York, and Canada 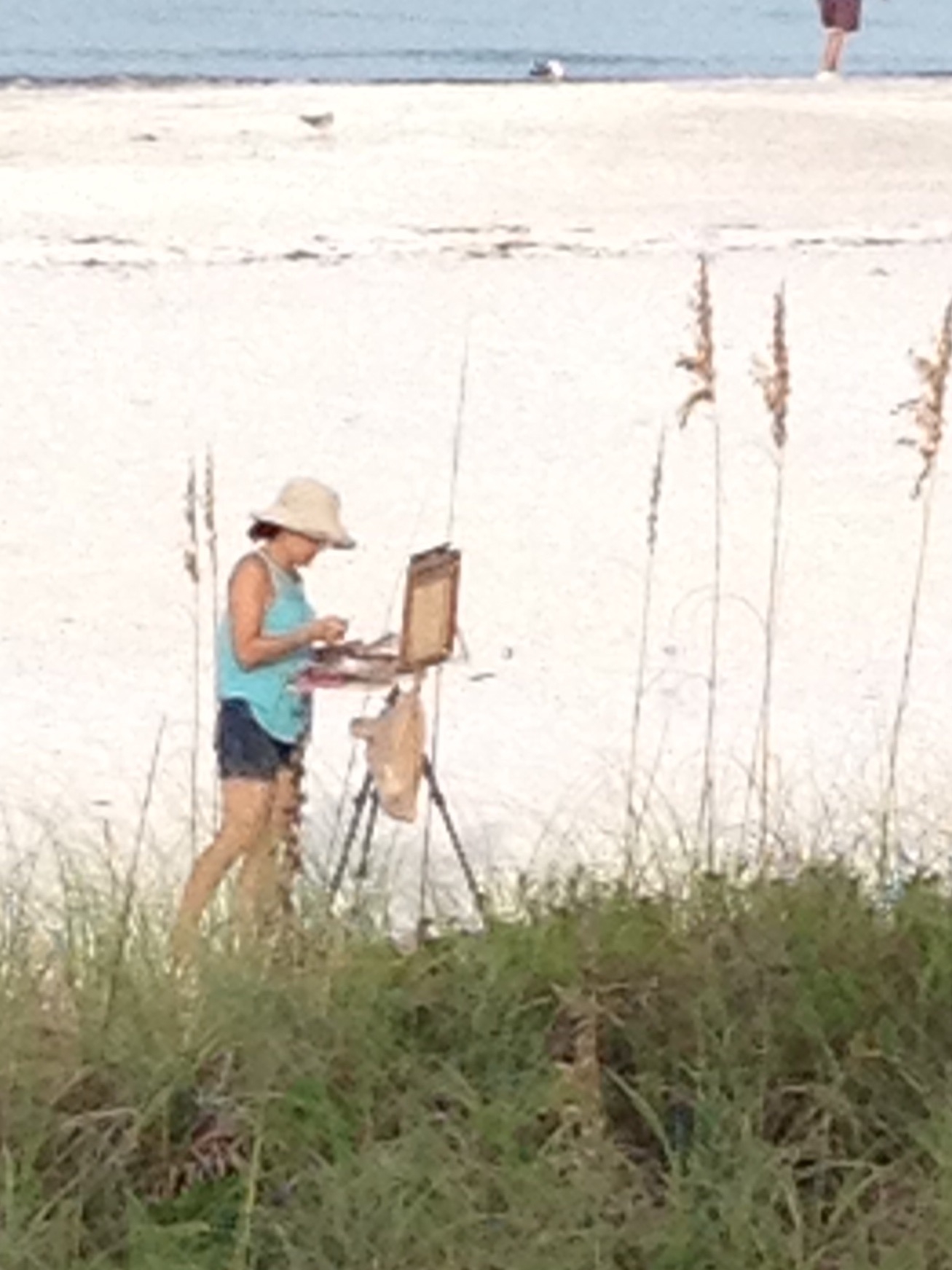 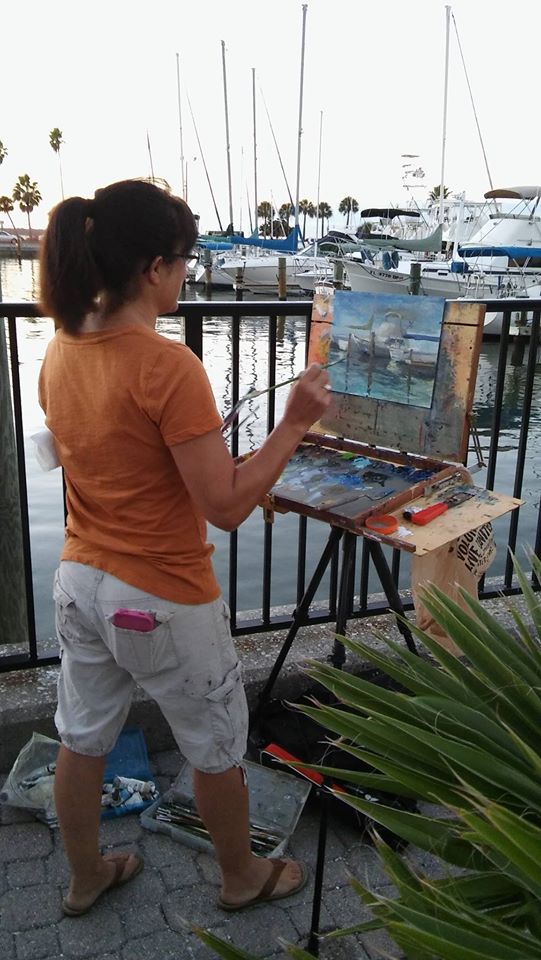 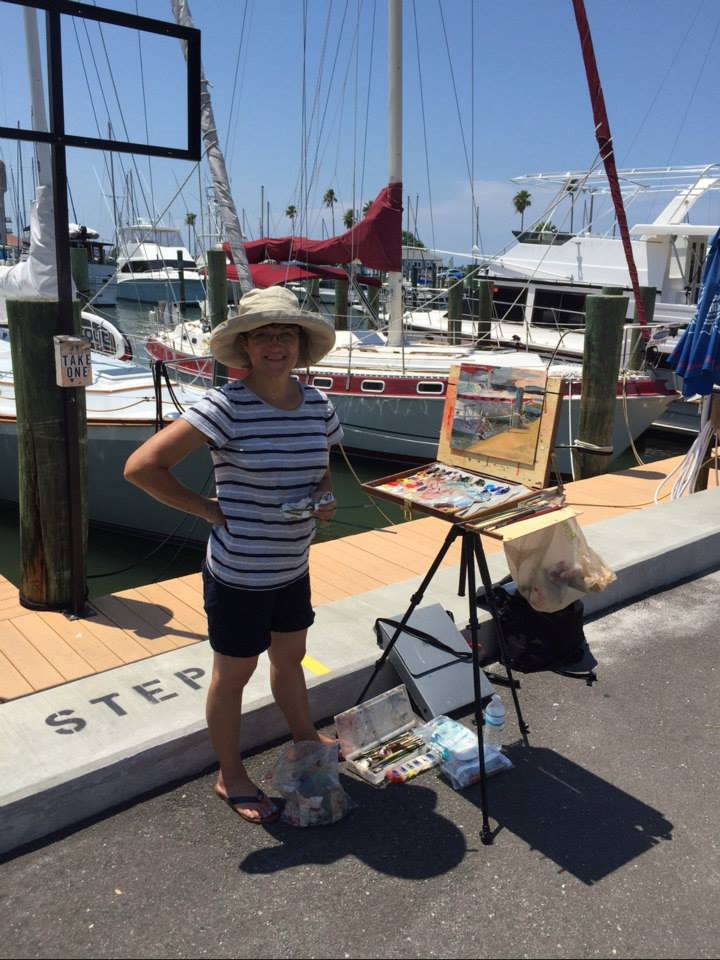 "My passion for creating pushes me forward.  I am an explorer and  a conqueror!
My  journey has no end."